Two weeks in alpine climbings mekka. Two weeks with perfect weather, and a long to-do list gave us a the max-climbing-meter/vacation ever and a skyhigh calorie-consumption. Tromsø didn’t gave us an optimal preparation but motivation was high and the day after leaving Tromsø we were heading towards Envers des Aguilles. 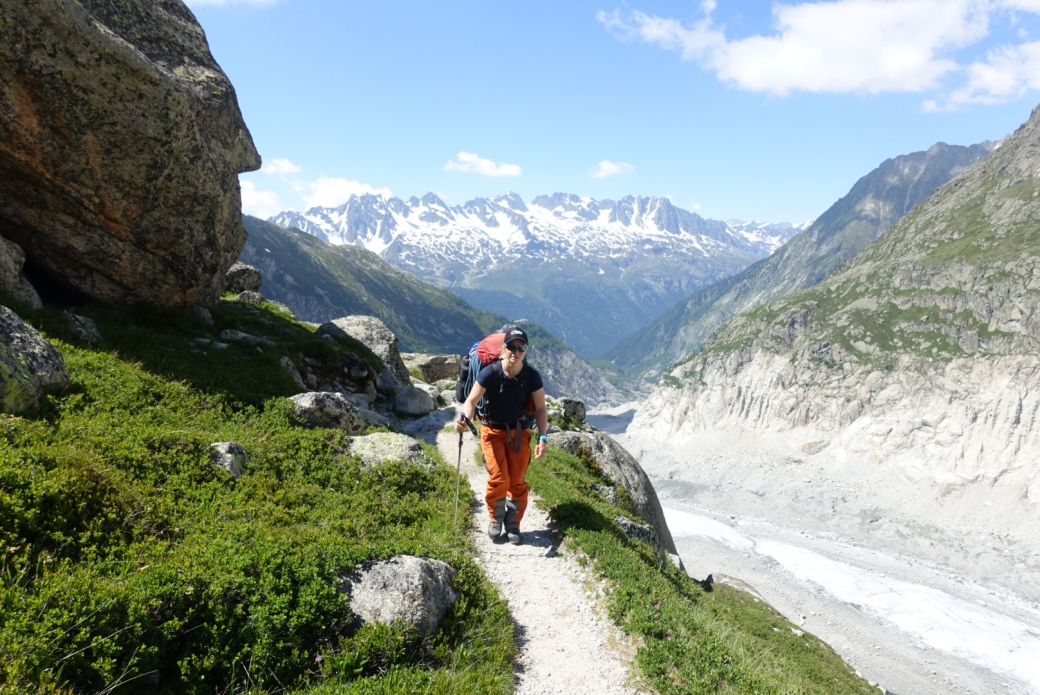 They really know how to make nice hiking trails in Chamonix… 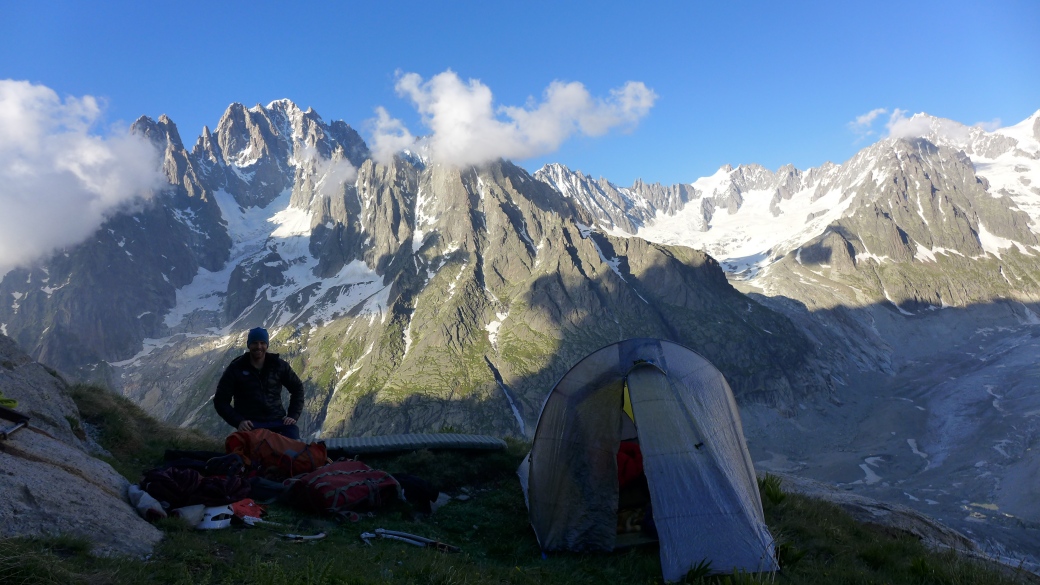 Nice camping spot we thought… the day after the Refuge des Envers opened their friendly doors. This must be the refuge with the nicest hosts and best food!

Climbing Le Piege at Envers, really nice climbing close to the hut (seen in the background), and a perfect starter. The climbing are first class the whole way! 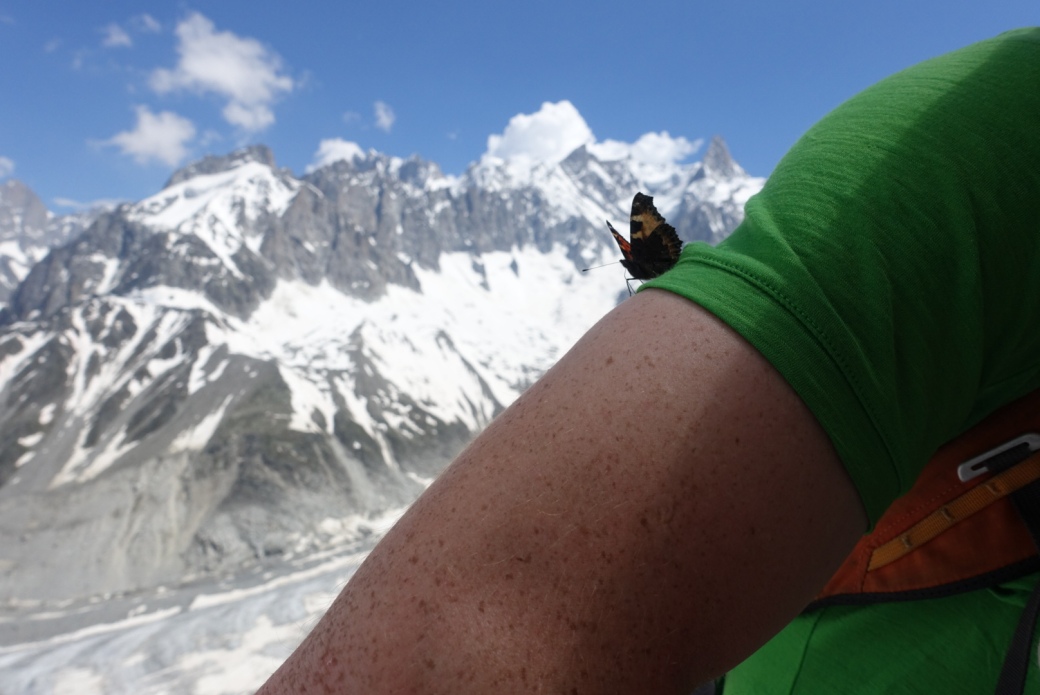 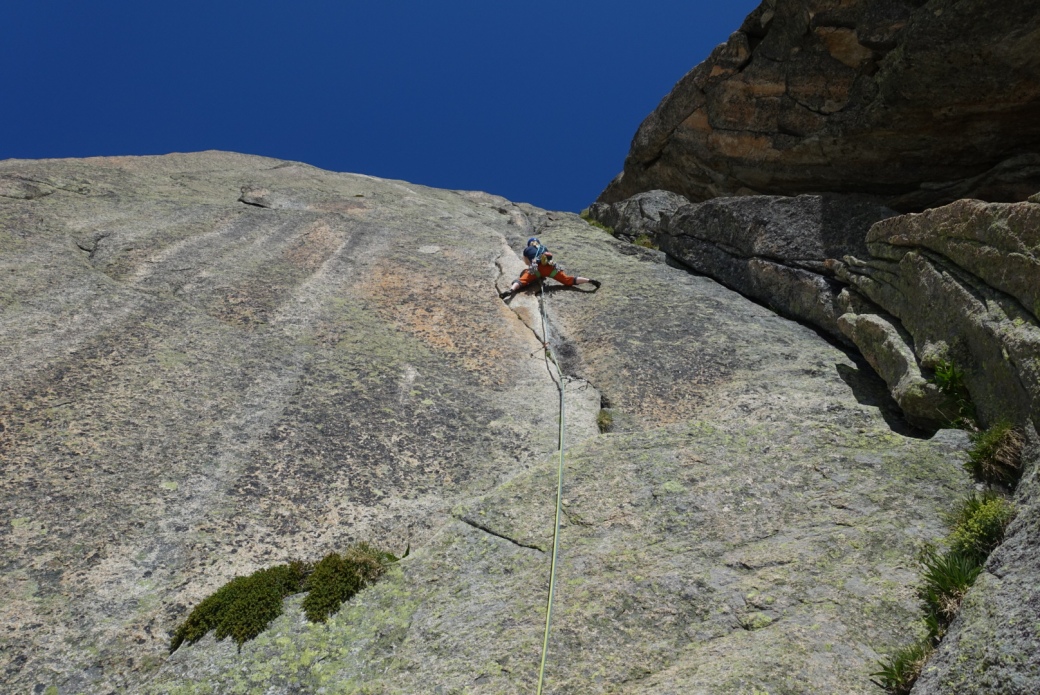 In little Yosemite, we found perfect splitters on Guy-Anne. It was steep and gave us a hint of what to come… This was really awesome climbing on Nantillons, and none of the slab nonsense found on more modern routes. 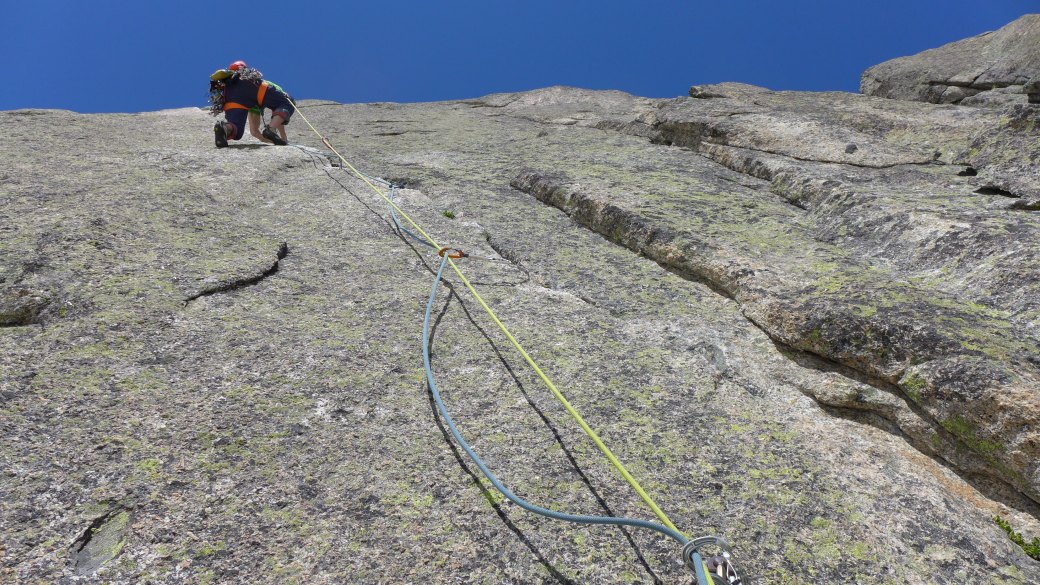 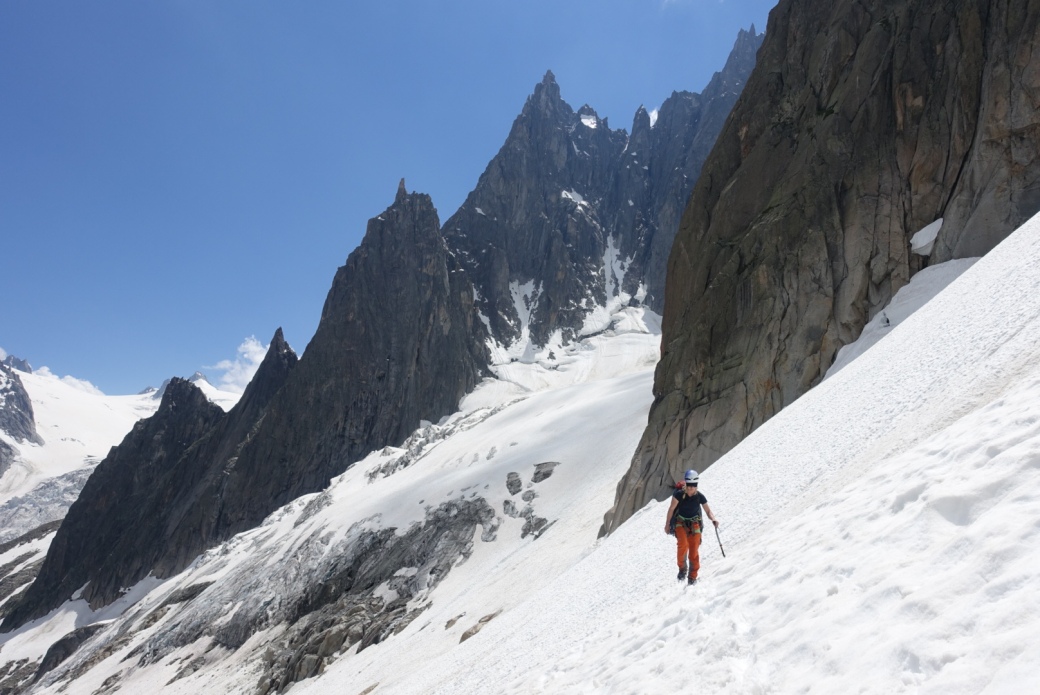 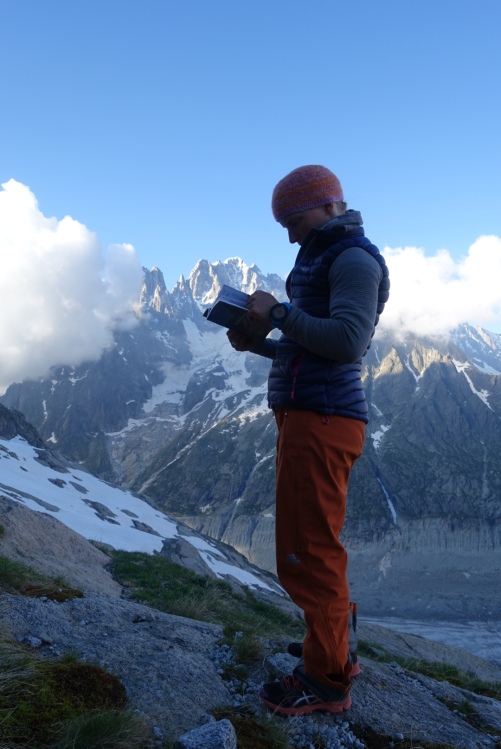 Checking the topo… Next day we went for Aguille de Roc and Subtilite Dulferiennes and 16 pitches of climbing… We thought the grade would be well within our abilities and that we would be able to climb fast and efficient since we now were well acclimatized. Aguille de Roc is just an amazing piece of mountain and it is so much steeper than you would think… It started off nice enough but soon switched to endless, vertical, immaculate dihedrals that really put us to the test. All belays were hanging and on your own gear, no bolts in sight, route finding and extremely exposed position made this one a true adventure. 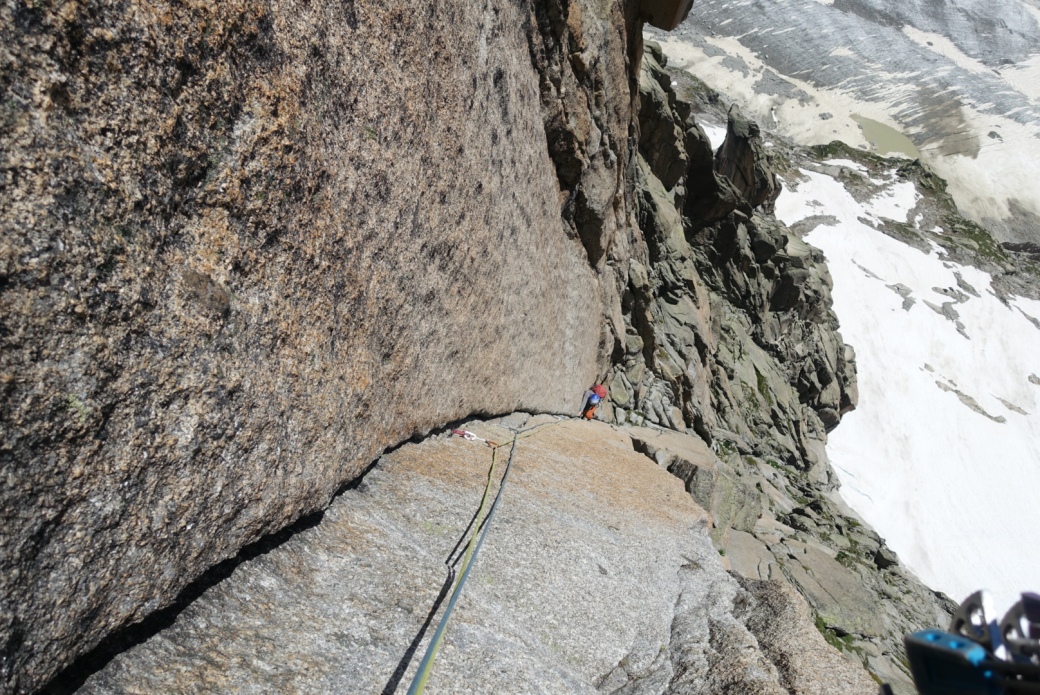 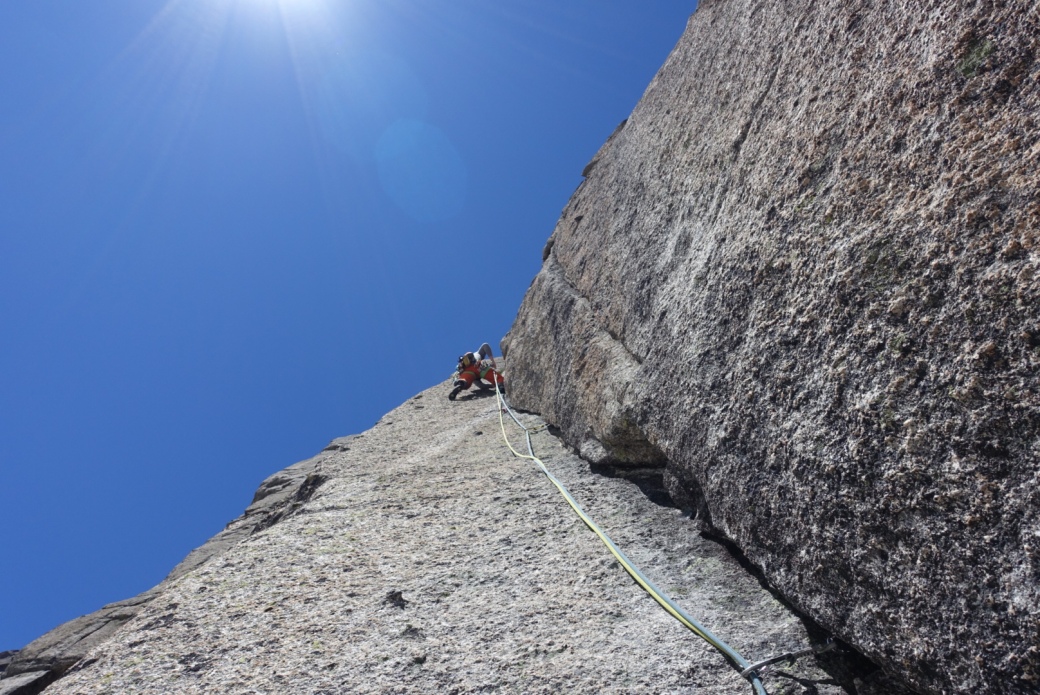 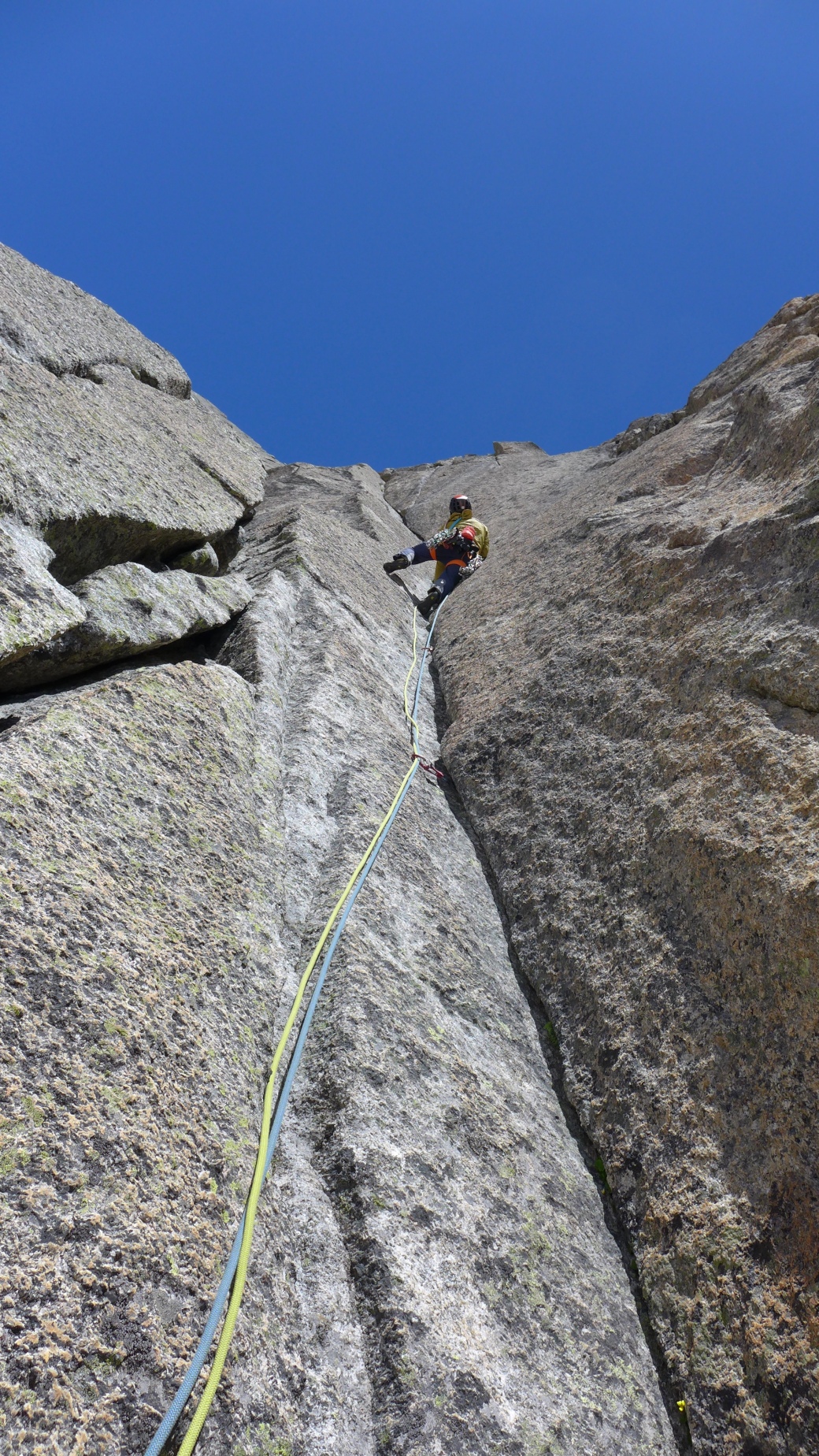 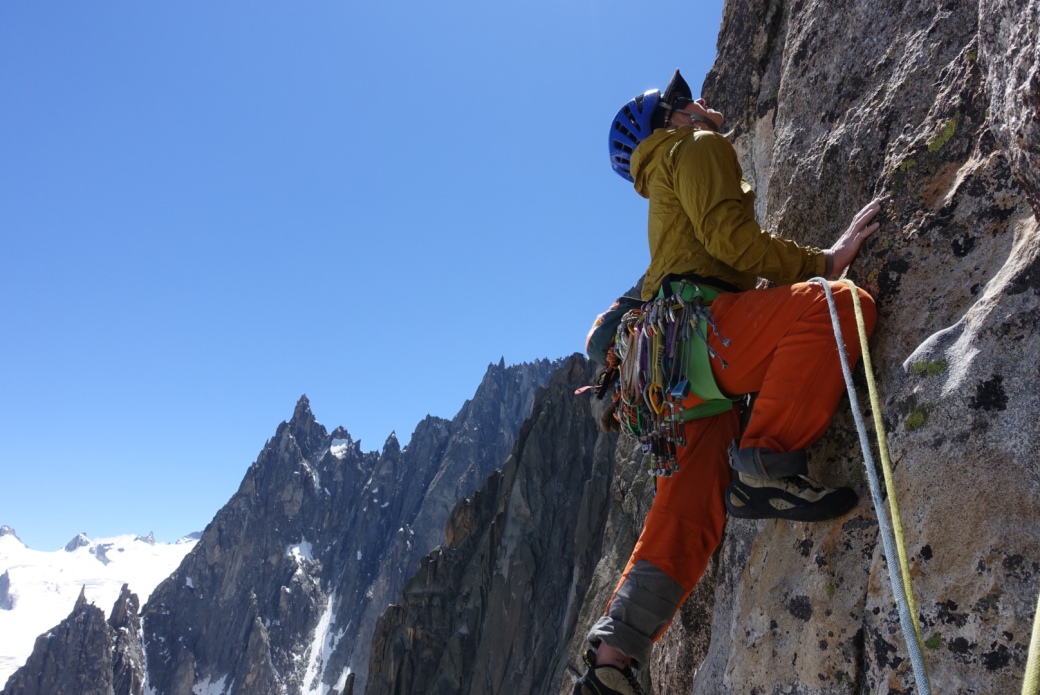 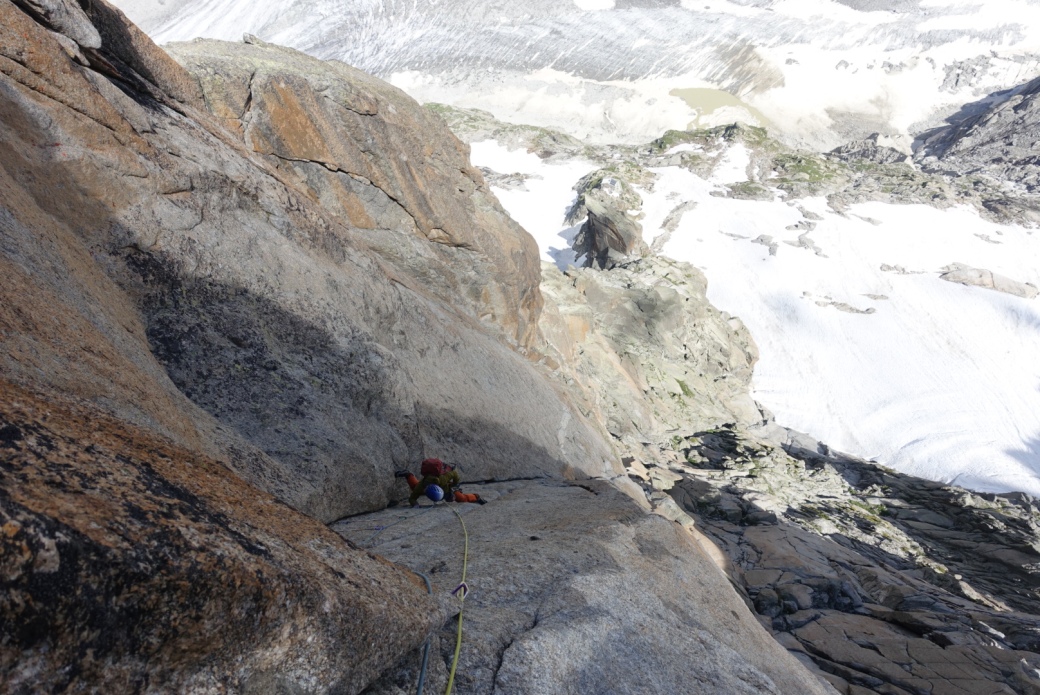 Our calves needed a break so we headed back to Chamonix and went to Italy and Torino. 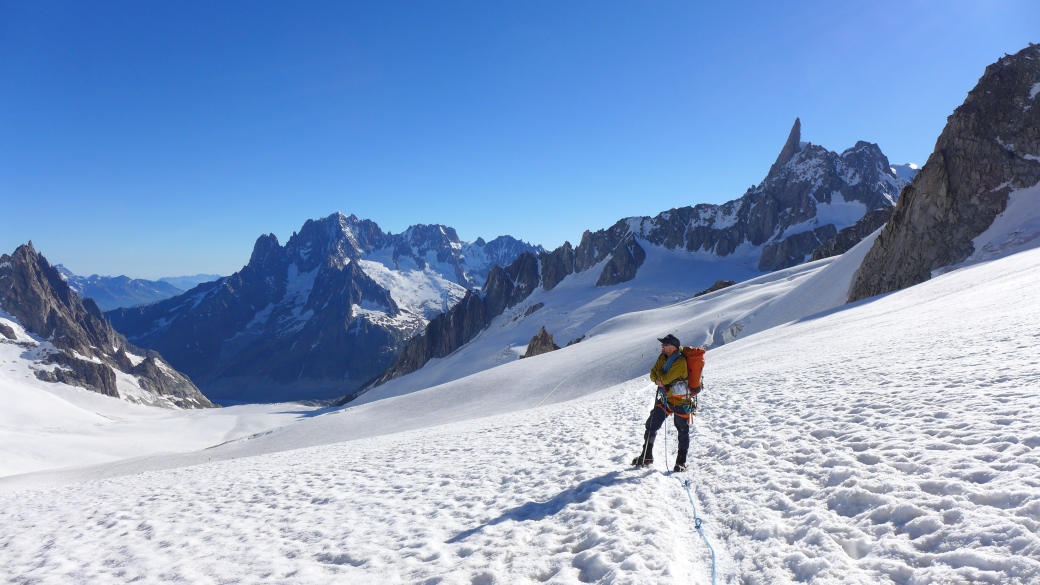 Acclimatizing on Aguille d’Entreves, and on the approach we saw our next objective, Dent du Geant in the background. 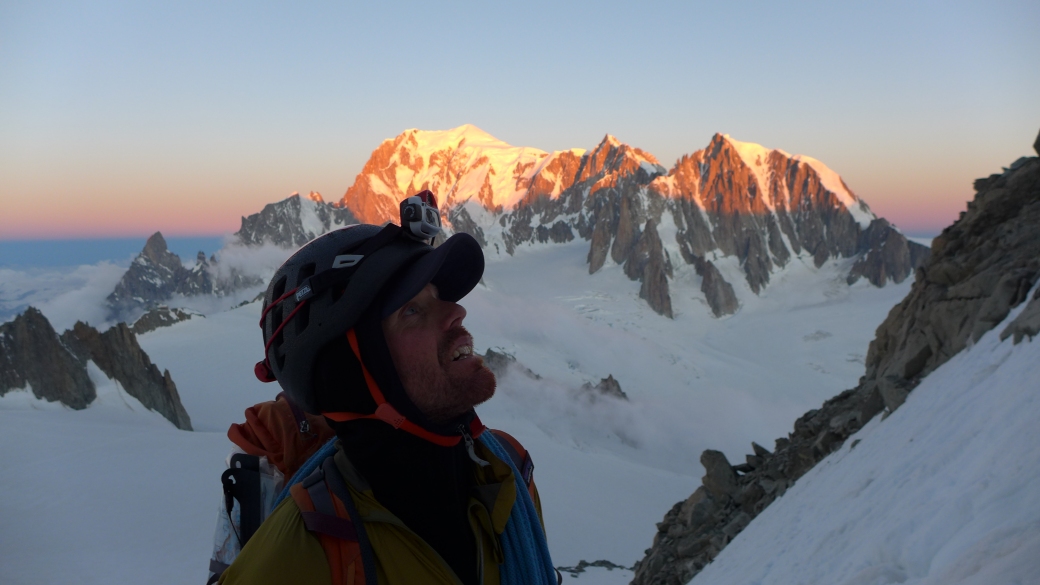 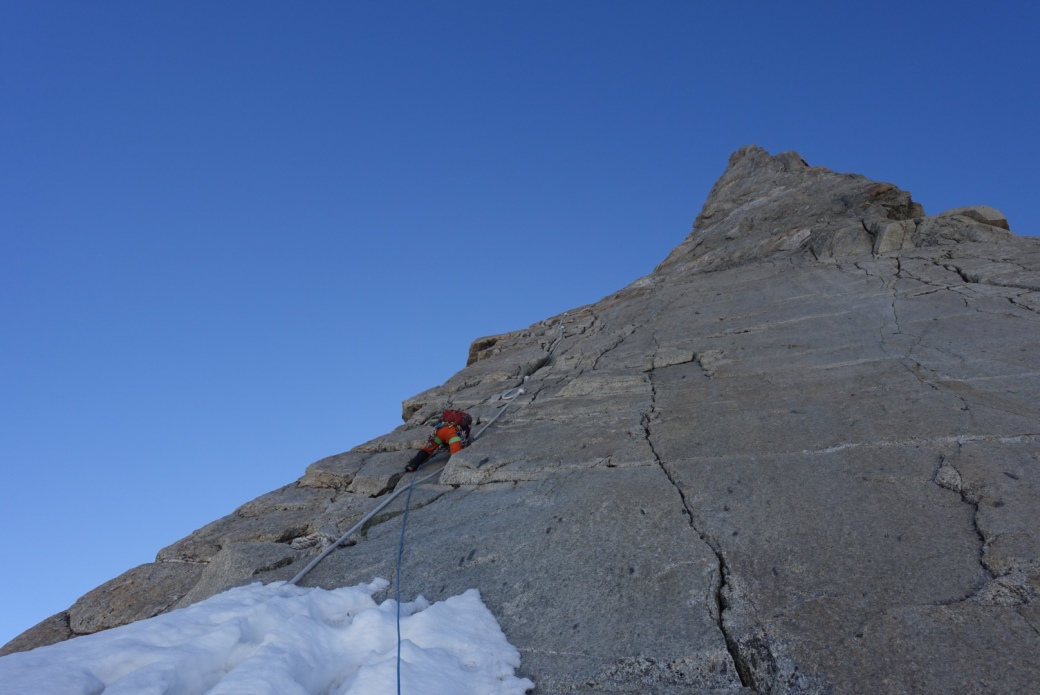 The slabs of the normal route is great climbing with a French touch! 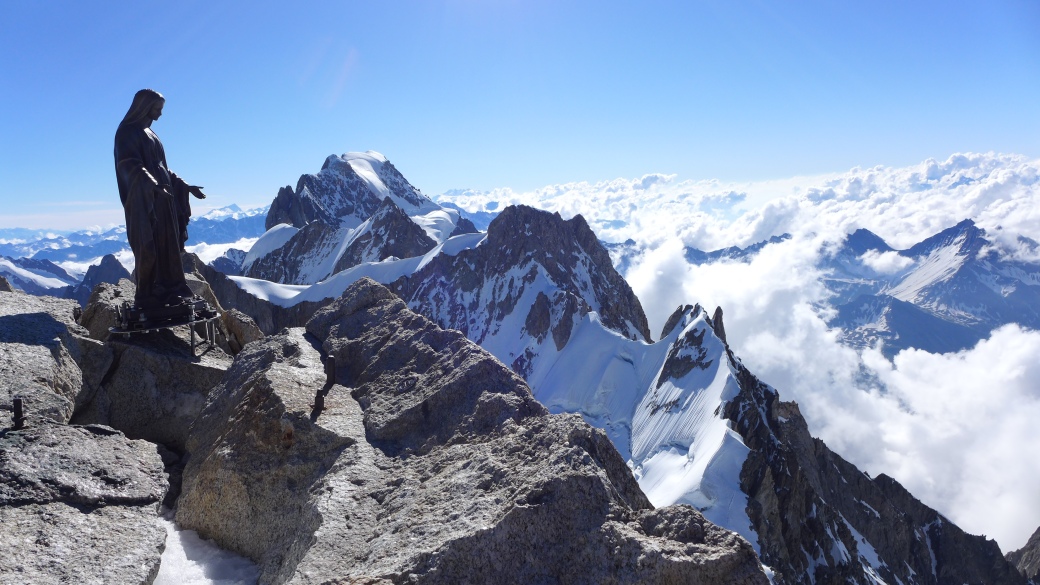 Looking over Rochefort ridge and Grande Jorasses in the background 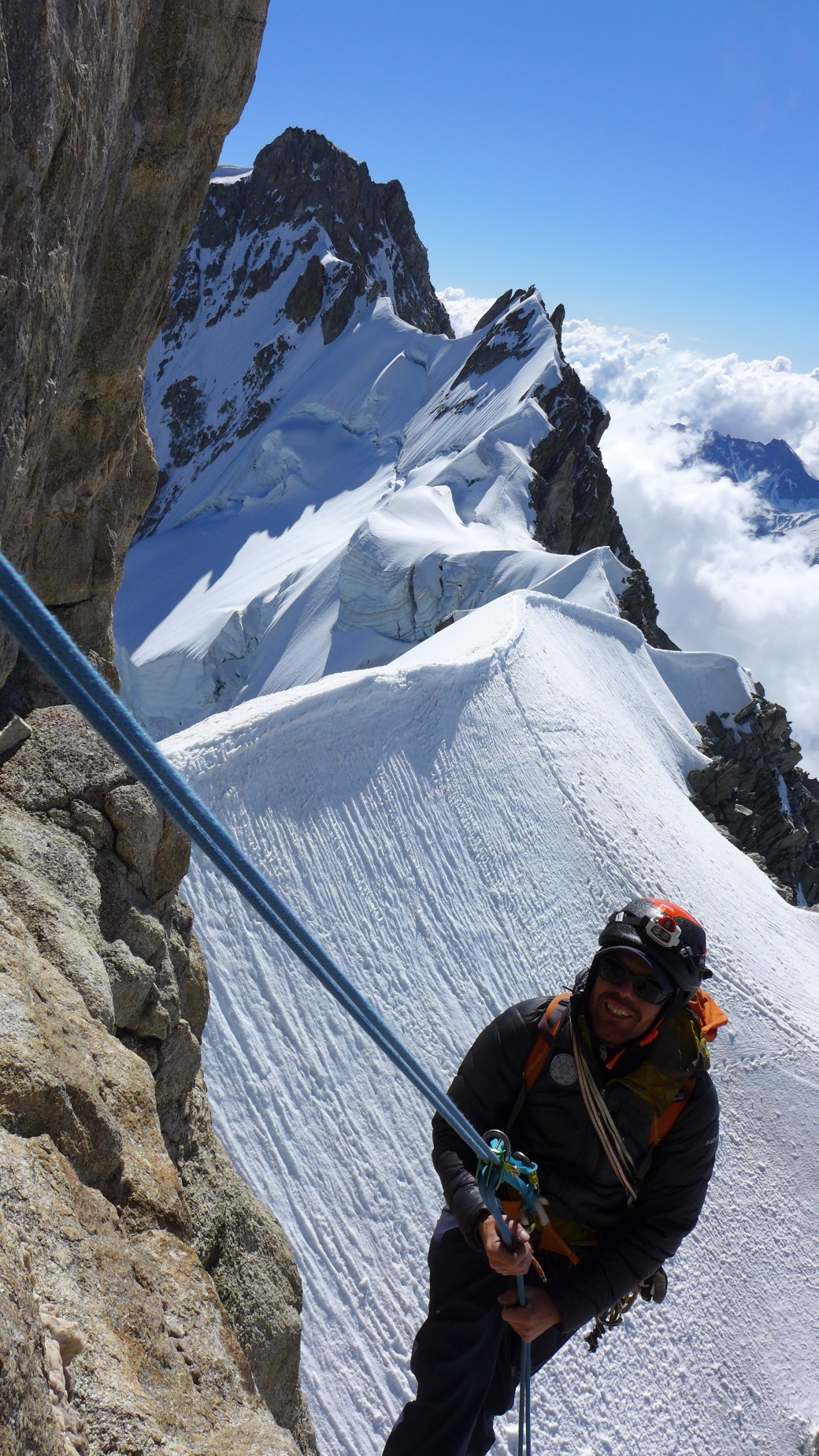 Rappelling of with Rochefort in the background. Two days at Torino and we headed back down to Chamonix the same day as we climbed Dent du Geant. We had unfinished business at Envers that we wanted to do… The next day we went back in (restday) and the other morning we started on Grepon Mer de Glace. Easy scrambling but 850 m of climbing makes a long day. 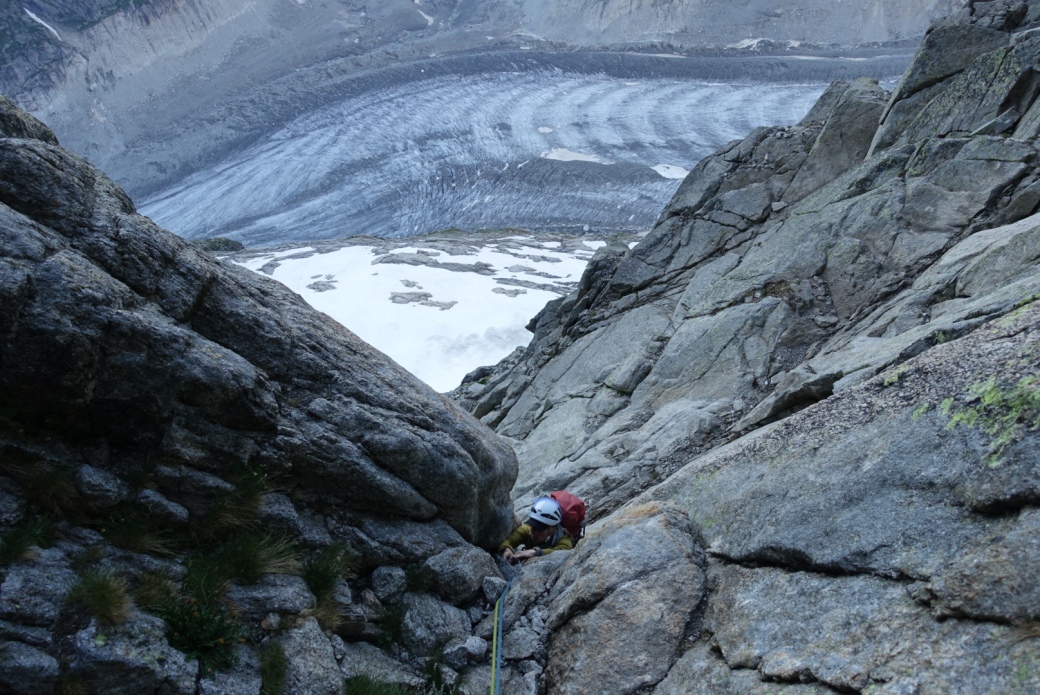 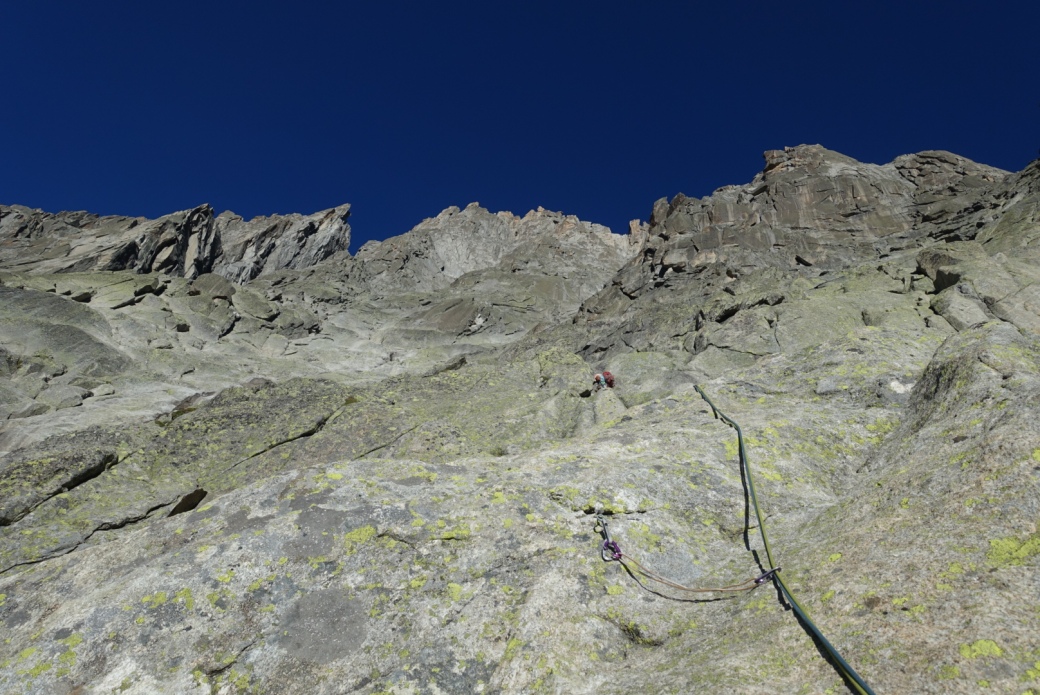 Tiny climber in a sea of granite… 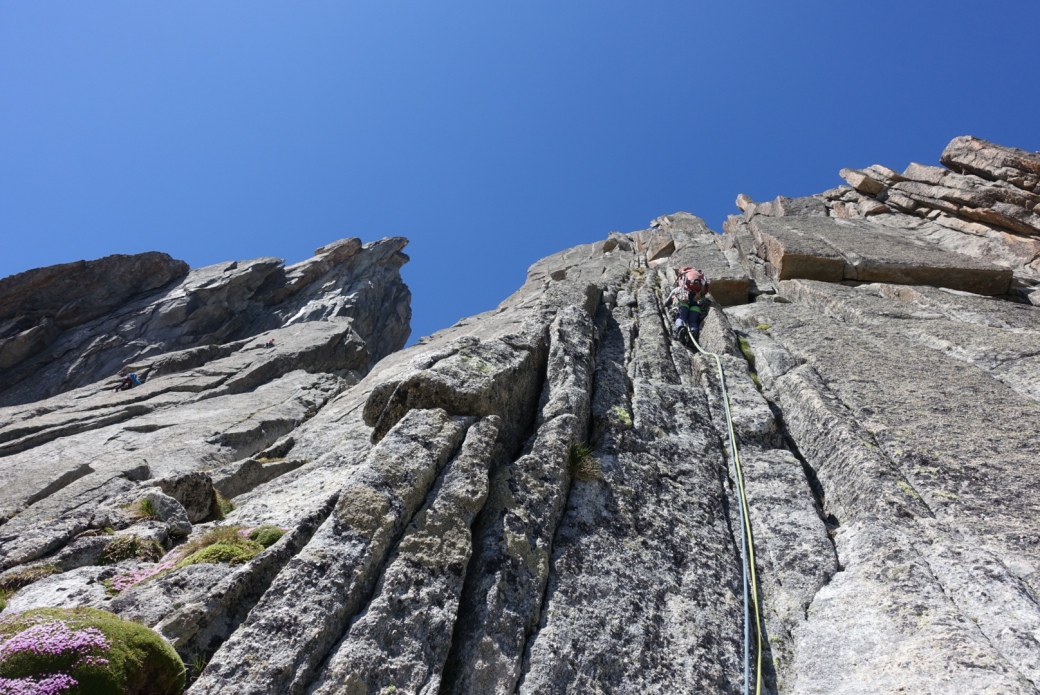 Upper third of the wall steepend and gave us beautiful climbing! 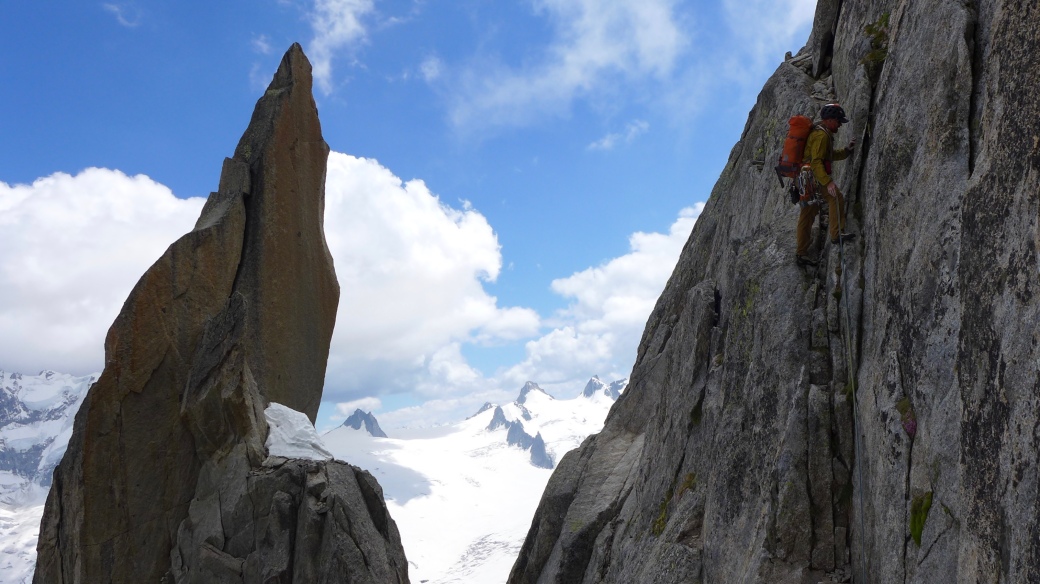 Summit of Aguille de Roc to the left, closing up on the summit of Grepon. 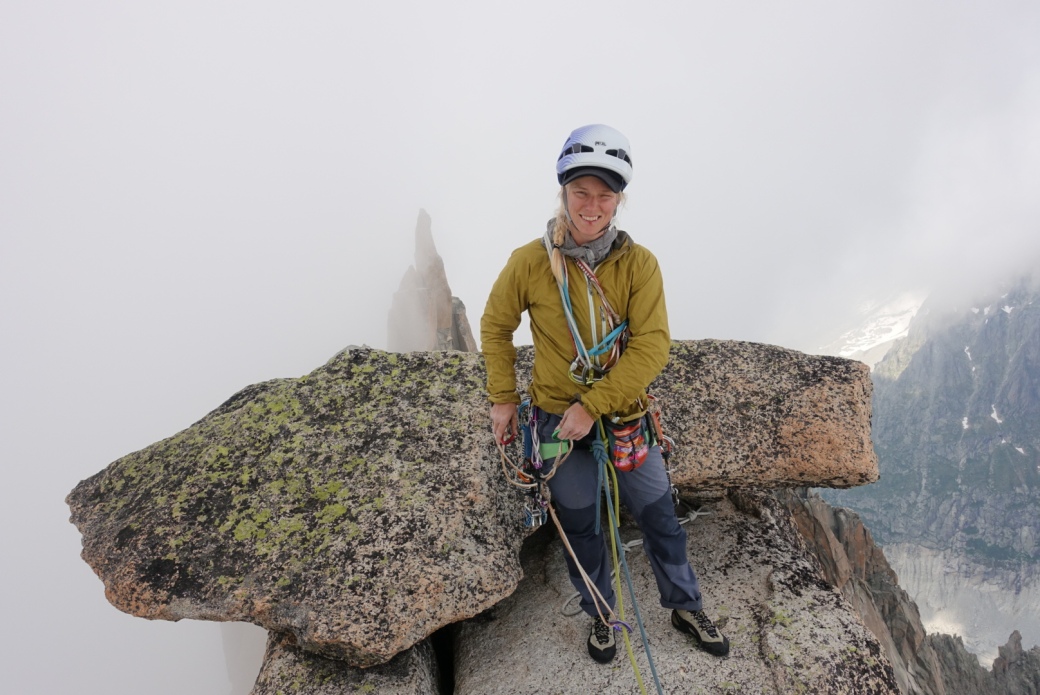 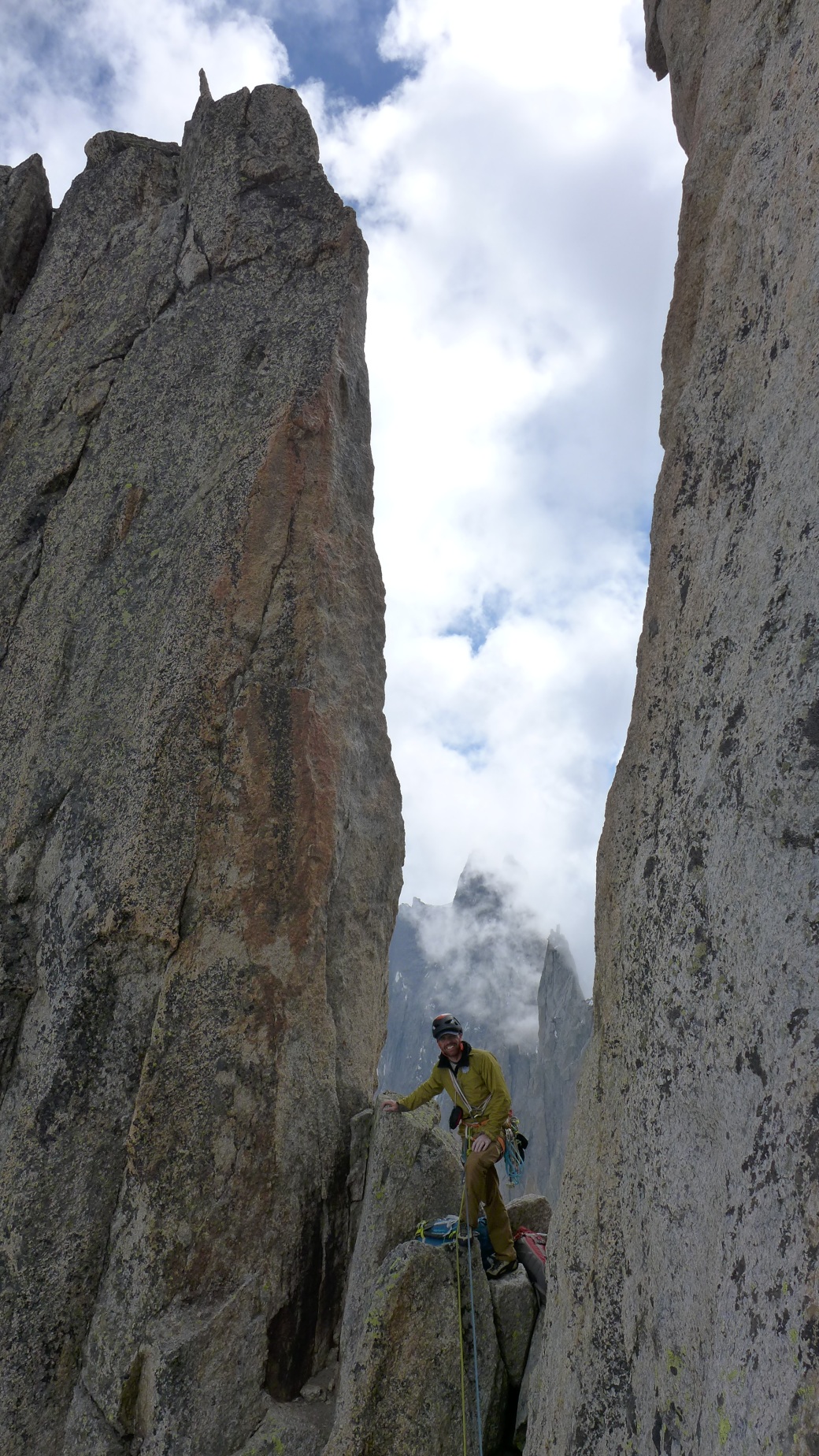 Just below the summit, with some rappelling and a lot of walking left. We headed down the backside and went down to Chamonix. 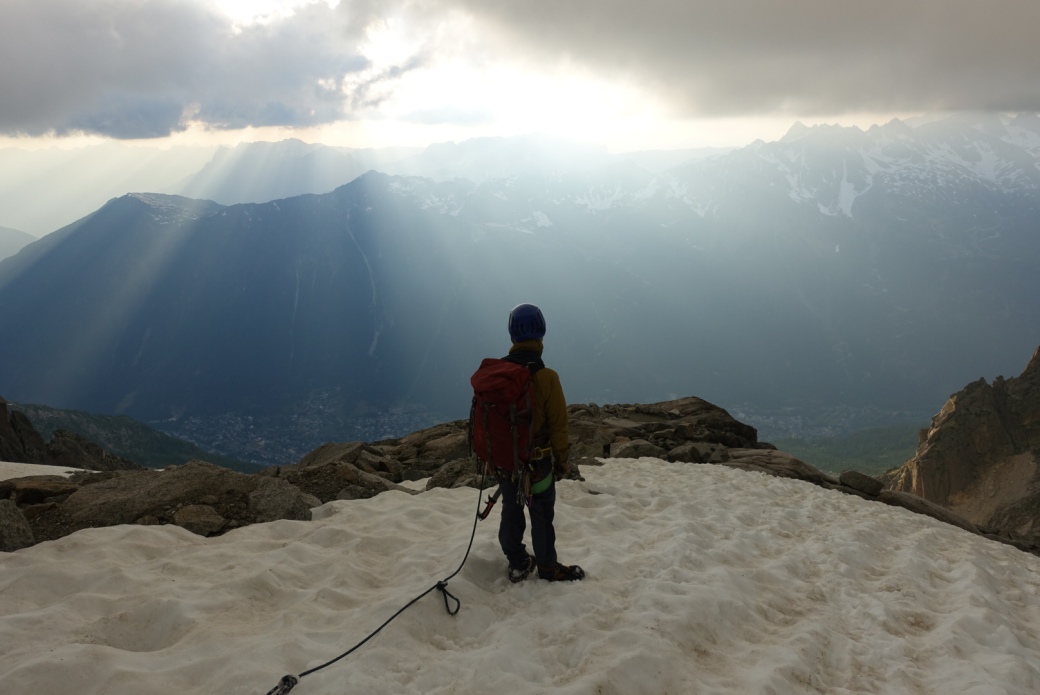 Tore stayed for a week of guiding on Mont Blanc, and they got to the summit! Chamonix is a special place in so many ways, and we will be back very soon…